We're proud to announce that last month, VMware named Puppet as a regional winner of a prestigious Partner Innovation award in the Technical ISV (independent software vendor) category. The award was announced on 24 May at VMware's annual Partner Leadership Summit, where VMware recognizes its partners' outstanding achievements of the prior year. It's both humbling and gratifying to see Puppet recognized along with so many other top partners.

The Puppet plug-in for vRA 3.0 was released last month, at the same time as vRA 7.3. This joint solution lets you create VM blueprints to model infrastructure and applications using the vRA 7.3 Enterprise graphical user interface (GUI), and then triggers Puppet Enterprise to configure and continually manage your VMs. You can provide automated, self-service provisioning to your developer colleagues, or infrastructure teams with VMs configured according to your policies. Plus, Puppet continually enforces your desired configurations.

Automation is the foundation for good DevOps practices, and allowing developers and other colleagues to provide themselves with properly configured VMs as they need them is one of the most common near-term goals for organizations undertaking DevOps initiatives. With vRA and Puppet, it's a very achievable goal.

It takes a village to roll out something as deep and complex as our integration with VMware. I'd like to thank the people here at Puppet who contributed so much to this integration, both technical and logistical. Software engineers Colin Brock, Erik Dasher and Bryan Jen worked on the bits, with Garrett Guillotte writing the technical documentation. Technical solutions engineers Abir Majumdar and Tommy Speigner worked with customers using VMware and Puppet together, and brought their observations back to the team, and helped build the plug-ins. Lindsey Smith has been a wonderful partner in driving our technical integration with VMware for the past two years, with Rob Lee working on the business side.

Our friends at VMware and Dell EMC have also been incredible. Special thanks to the team led by Ganesh Subramaniam, senior product manager for vRA at VMware, and to Karol Boguniewicz, senior manager of cloud tech enablement at Dell EMC. 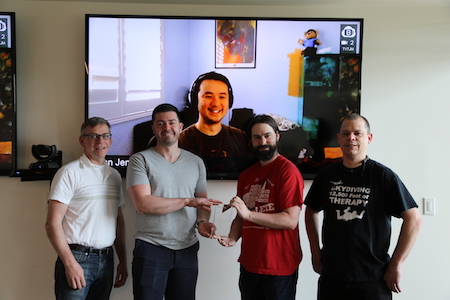 Jeremy Adams is a senior manager of solutions engineering at Puppet.

See more posts in Industry News and Partnerships
RSS Feed
Puppet sites use proprietary and third-party cookies. By using our sites, you agree to our cookie policy.