If you’re fresh from the 2017 Amazon Web Services re:Invent conference in Las Vegas, you’ll be happy to know that we just released version 2.1.0 of the Puppet AWS module, which includes all-new support for Puppet Tasks (available in Puppet Enterprise 2017.3) that makes it easier than ever to manage your AWS resources.

Tasks complement Puppet’s model-driven approach to automation by giving you the ability to easily execute ad hoc tasks in an imperative way. So, if you use the latest version of the AWS module, you can run tasks to see, create and purge instances; install dependencies; and see your security groups and VPCs all from the dashboard. There are six new tasks in all that help you execute common ad hoc tasks that help you manage your AWS infrastructure more efficiently, and gain insight into what you have running along with all your other resources. 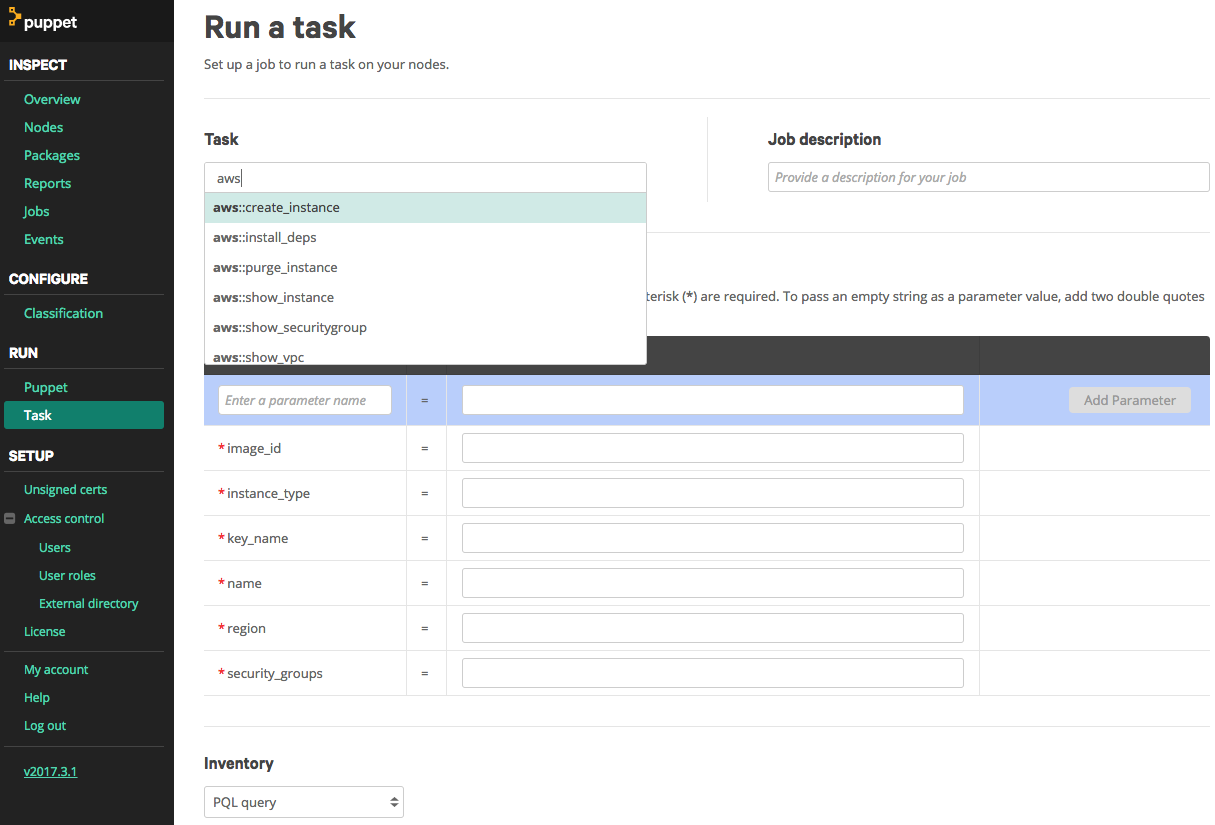 For both open source and Puppet Enterprise users, you’ll see other improvements, including the ability to manage load balancers by region:

Finally, we’re proud to announce that we’ve added Japanese language support to the Puppet AWS module, an important feature that underscores our efforts to support the growing adoption of Puppet by non-English speakers.

Install the AWS module today and see for yourself how it can relieve you of some routine AWS tasks. If you haven’t tried Puppet Tasks, head over to AWS OpsWorks and set up a free Puppet Enterprise instance today.