How Daiwa streamlines auditing and infrastructure automation with Puppet Enterprise

Compliance audits are vital for the success of any enterprise. But, we know they can be painful and distracting. They can be make-or-break for the IT department. It’s one of the top issues I see in my role as Customer Marketing Manager for Puppet. Another thing I hear about from customers are stories about disjointed collaboration between IT departments. The resulting work silos, hefty fines—not to mention the headaches from engineers and managers having to prepare data for audits—not only rack up costs, they also drain engineer time.

I was excited to learn about the experience Daiwa Capital Markets had implementing Puppet. They were building a self-service portal, combining VRealize Automation with Puppet, and were able to automate software installations and configurations for VMs. By integrating Puppet Enterprise, they saw significant improvements.

Building a self-service portal with VRA and Puppet Enterprise

Daiwa combined Puppet Enterprise, vRA, and Chocolatey to replace Microsoft System Center Configuration for the self-service portal. The goal was to improve communications between departments. They also wanted to enable automation with a cross-platform solution for their mix of Windows and Linux servers. They merged Windows and Linux environments within the Puppet repository using Git as source control. Provisioning had been taking weeks-- developers were not making requests the infrastructure team could understand. When infrastructure teams succeeded in creating the desired VM setup, access became the issue.

Once the self-service portal was in place, access time took 10 minutes. Samir Harrar, an engineer in Infrastructure Platform Engineering for Daiwa told us, “Going to Puppet Enterprise provided the perfect opportunity to merge the management of Windows and Linux environments.”

Daiwa used a Git and Puppet Enterprise integration setup to improve their auditing procedures. They created a built-in, standard process to track and send standard build codes for routine audit procedures. The simplified process means engineers have time for innovation to focus on improving company efficiency.

I was also glad to hear having Puppet around helped team members try out DevOps!

Head of Daiwa’s European Infrastructure, Andy Thomas, said, “Team engagement has increased as a result of implementing Puppet Enterprise. Team members are now keen to engage in DevOps practices once they have seen the benefits in real-time situations of the solutions we have put in place, a key factor being the utilization of Puppet Enterprise.”

Thanks for letting us be part of your tech toolbox, Daiwa.

This was just a snippet of a bigger DevOps story. Check out the full Daiwa Capital customer story here, or learn more about Puppet Enterprise.

Matthew Arout is a customer marketing manager at Puppet. 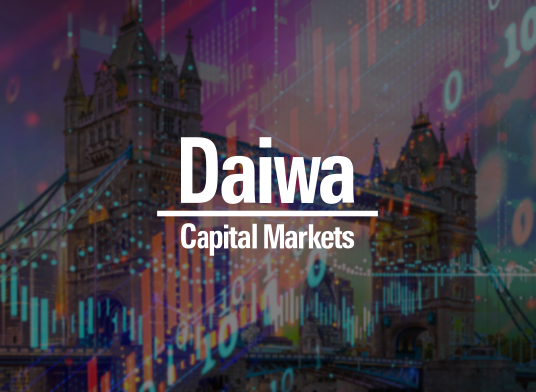