DevOps and the CIO: Advice from a finance CIO & CTO

"All companies are technology companies these days," says Peter Richards, a former CIO and CTO at large banks like JPMorgan Chase, Bank of America, Goldman Sachs and Bear Stearns. That's why DevOps is so critical to modern business — the cultural qualities and practices central to DevOps help organizations develop an organic relationship between technology and business direction, while enabling tighter feedback loops for faster learning.

In this new world, the CIO's role has changed dramatically, Peter says. Rather than simply taking direction from business executives, the CIO should play as much a role in defining the direction of the business as any other C-level executive. "It's quite a change," Peter says. "Technology used to be an automator, a facilitator of process; now tech is a driver of business change."

That sounds like adding a lot more complexity and difficulty to a job that's already plenty difficult. Where Puppet helps, Peter says, is in making complexity by allowing you to describe even the most complex stack relatively easily. Instead of having to lay out dependencies and sequences for your application and the services and infrastructure that support it, Puppet abstracts all that, letting your team simply describe the desired state of the application and everything that supports it. This allows everyone on your team to think more strategically — exactly what you need to compete in today's fast-moving business environment.

If you enjoyed hearing Peter's observations on the role of today's CIO, I invite you to hear more from today's IT leaders in the video section of our Resources Library.

Aliza Earnshaw is the editorial director at Puppet. 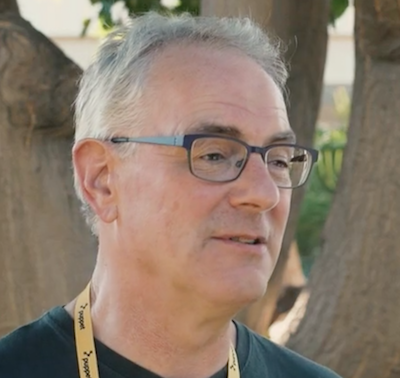