What’s new with the Puppet VS Code extension

The Puppet VS Code extension has been an open source project run with the community since inception in 2017, where it has been housed in the Lingua Pupuli organization in GitHub and in the VS Code Marketplace. The extension was started, and has succeeded, as a place to prove that an integrated developer experience was possible with Visual Studio Code and Puppet tooling.

Since it was proving new ground, it moved fast and had many experimental features. The main developers, James Pogran and Glenn Sarti, have determined that the extension is nearly ready for a 1.0 stable release. With that in mind, we thought it time to move the extension to a home in the Puppet namespace in GitHub and in the VS Code Marketplace.

Since 2017, we’ve added several features to the extension:

In the last year we have released 9 times with 22 major features, covering 106 issues and 167 pull requests. Here are a few of those newer features:

Plus, there’s a new feature we just added for the new extension. (More on that later.)

Who uses the Puppet VS Code extension?

People all over the world use the extension — from the United States to China, Ukraine, India, Ghana, Belgium, and the Dominican Republic. And they’re not just using it not just for Windows (that’s a common misconception) but for Linux and FreeBSD as well. Currently there are over 10,000 total active users for the last 30 days and on average there are 1,400 active users a day.

What does the move mean?

The VS Code Marketplace does not transfer extensions between publishers, so a new extension will be made under the Puppet namespace. This means the existing extension jpogran.puppet-vscode will no longer be maintained after the transition and will be eventually deprecated in the marketplace, but will stick around for a while to aid the transition. The new extension puppet.puppet-vscode will be maintained and will receive all new features going forward.

How do I use the new extension?

Is there anything new in the new extension?

While we worked on the transition we did include a new feature for the Puppet VS Code extension: a visualization update to the Puppet Node Graph Visualizer. 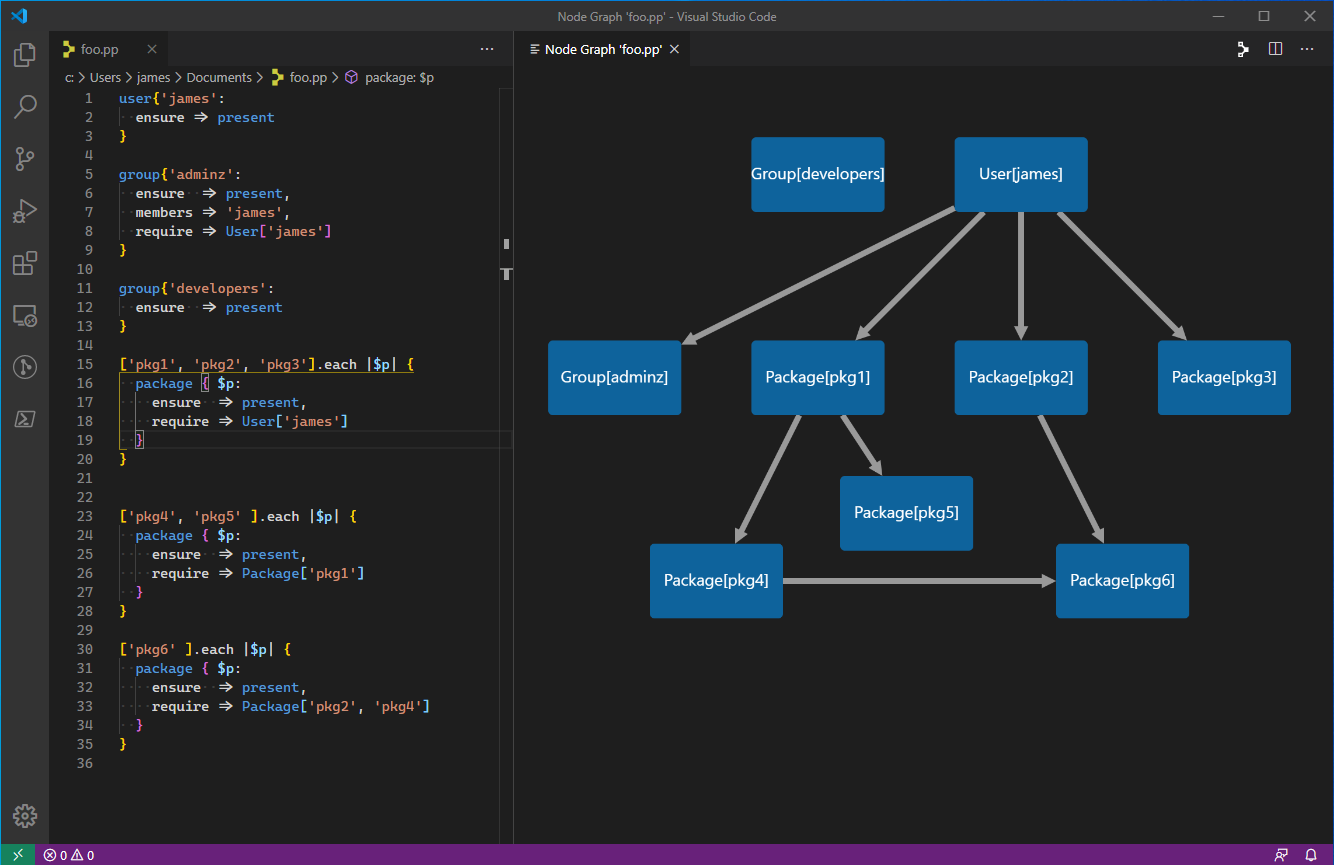 If you have any feedback on the extension, we’d love to hear it. Please let us know in the #office-hours or #puppet-dev channel in the Puppet Community Slack or by creating an issue in the Puppet VS Code GitHub repo.

See more posts in Tools & Integrations and Windows
RSS Feed
Puppet sites use proprietary and third-party cookies. By using our sites, you agree to our cookie policy.