SolarWinds' widely-used Orion IT platform has been the subject of a supply-chain compromise by an unidentified threat actor. The attack was discovered in December 2020, but it appears to have begun in March 2020 when the attacker used trojan malware to open a backdoor on SolarWinds customers around the world. This malware was named SUNBURST by researchers, but may also be referred to as “Solorigate” or simply the “SolarWinds compromise.”

Texas-based SolarWinds’ customers include US government agencies and the majority of Fortune 500 companies. Given the nature of the affected organizations, SUNBURST may prove to be one of the most consequential cyberattacks to date.

Supply-chain attacks take advantage of the trusted relationship between the supplier (SolarWinds) and their customers. In this instance, the trojan was hidden inside a software update for the Orion Platform which was downloaded by up to 18,000 unsuspecting customers.

The following versions of the Orion Platform software are affected:

Update packages are available from the SolarWinds customer portal.

How can Puppet help detect SUNBURST?

Using Puppet’s automation capabilities, you can detect if a node in your environment has an instance of SolarWinds that could be vulnerable to SUNBURST. Here’s how:

Puppet Remediate integrates with the following vulnerability scanners, each of which can detect SUNBURST:

Connect your Vulnerability Scanner to Puppet Remediate if you haven’t already done so, then: 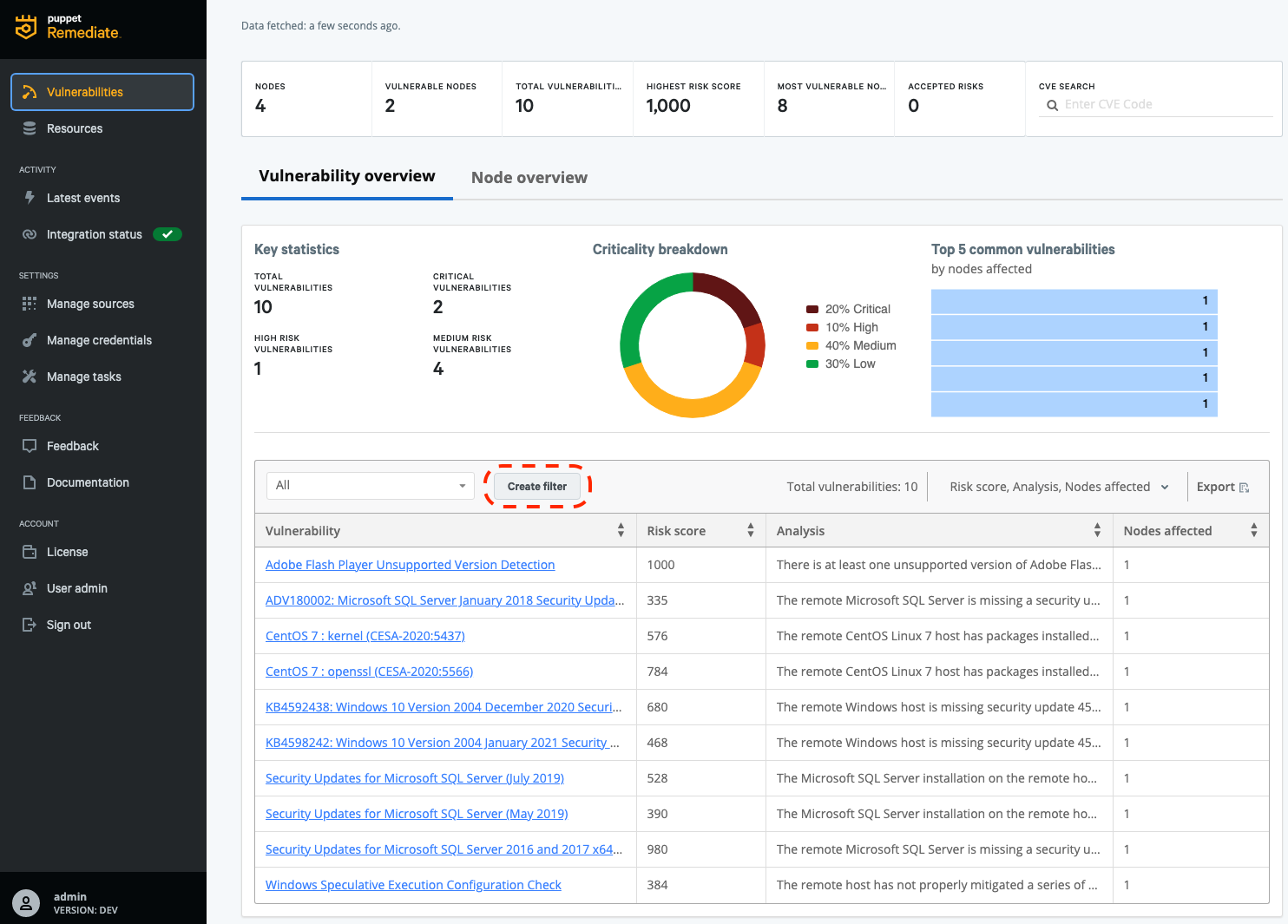 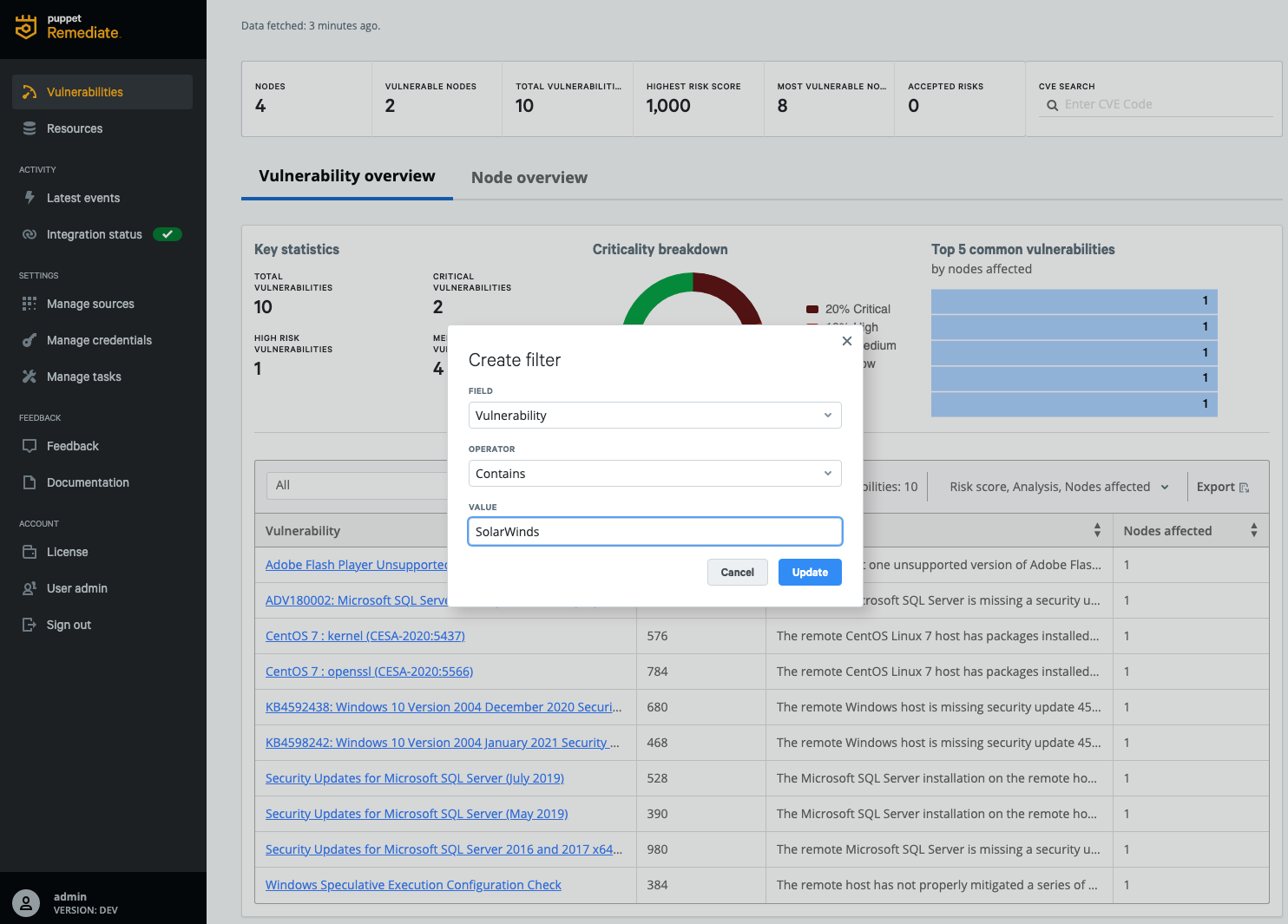 Puppet tasks can identify nodes running the SolarWinds Orion Platform; for example, the solarwinds_orion module contains a “version” task which detects the version & hotfix. (Please note this task does not check for or detect symptoms of SUNBURST.)

Download the solarwinds_orion module and add it to Puppet Remediate (using “Manage tasks” on the navigation menu), then run the task to find SolarWinds instances: 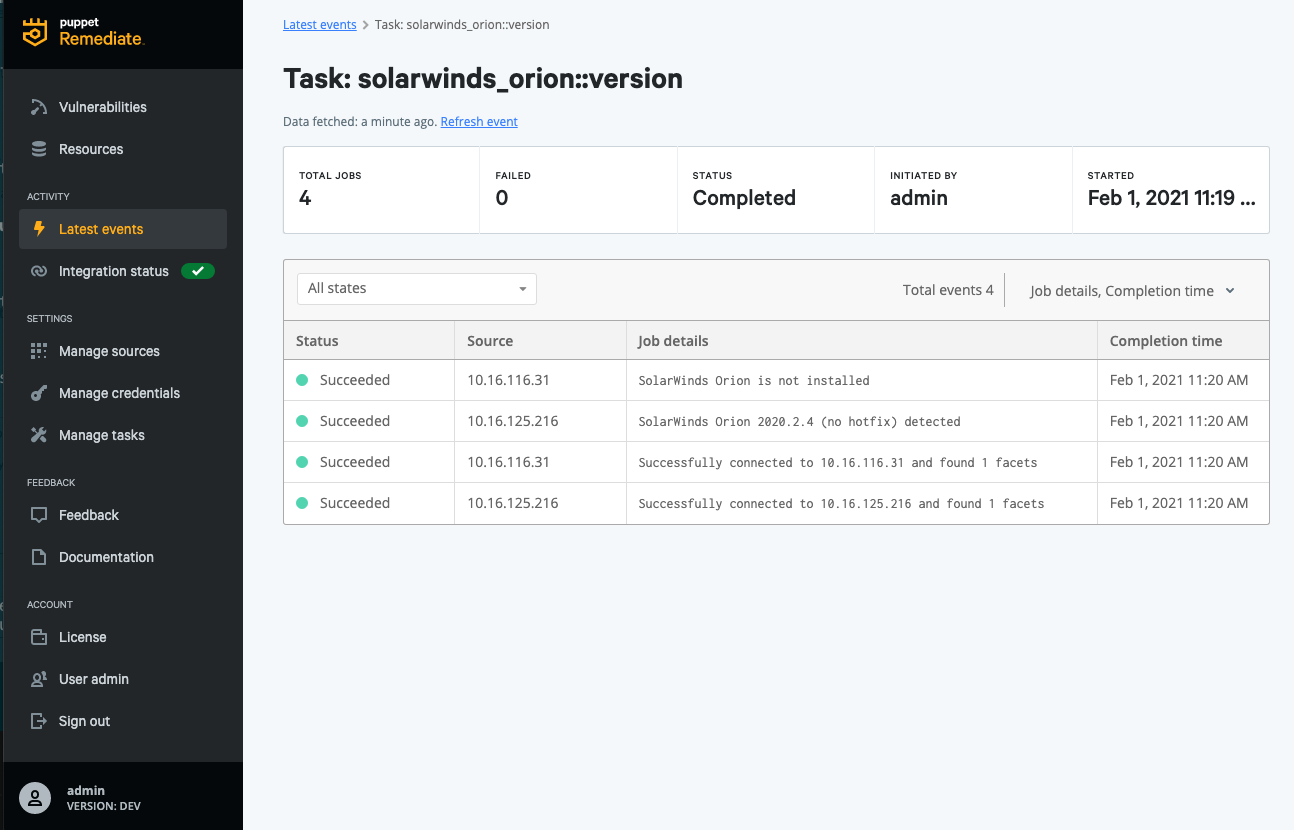 Install the solarwinds_orion using your code management workflow, then run the task to find SolarWinds instances: 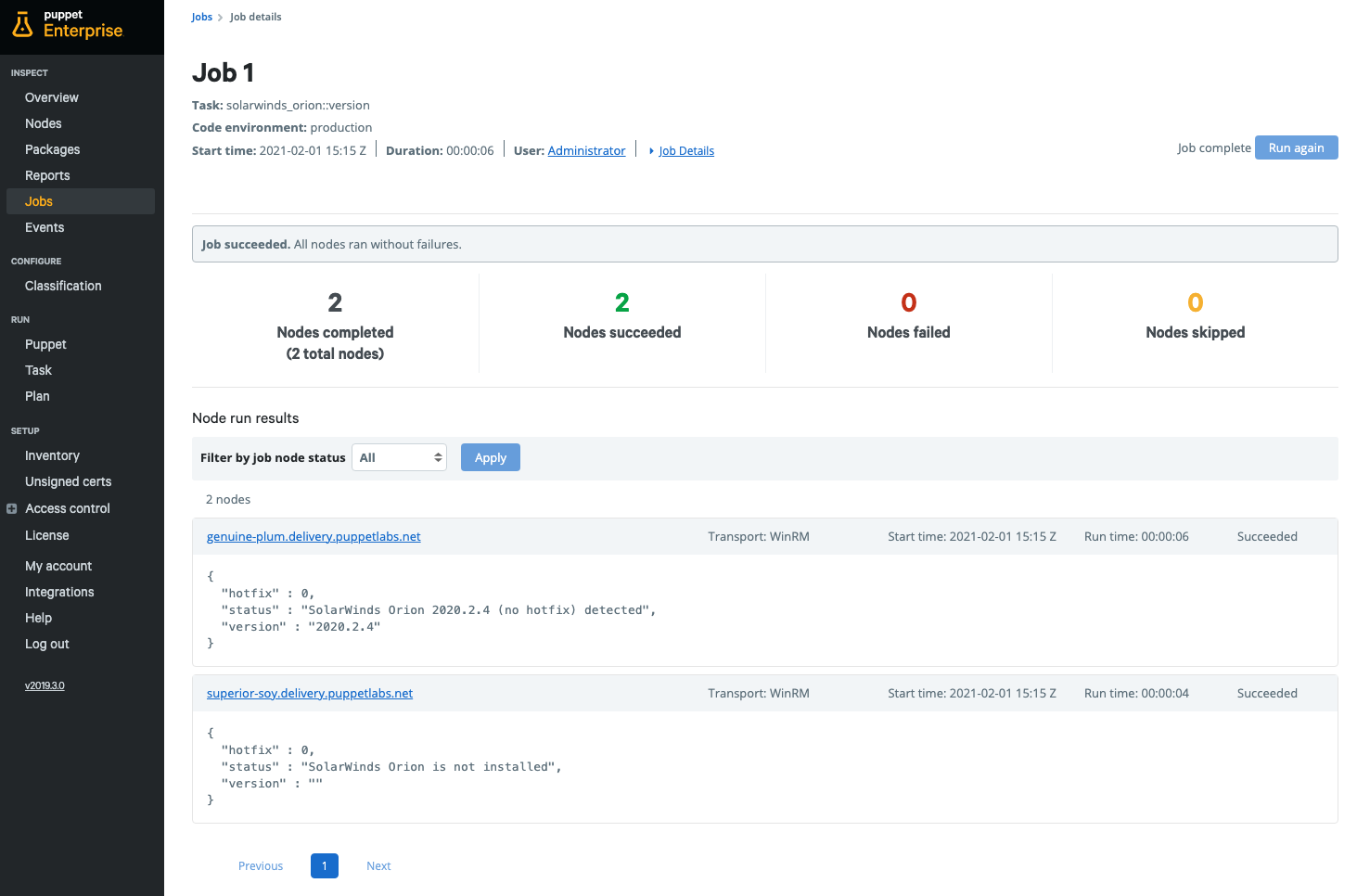 Use this output to determine if the SolarWinds Orion version detected on any node is vulnerable to SUNBURST.